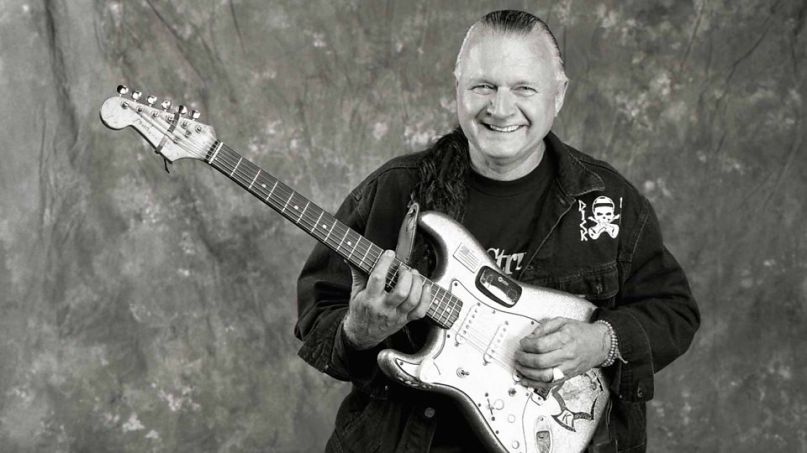 Richard Anthony Monsour aka Dick Dale has been a personal favorite guitarist of mine since I heard the song Misirlou on the Pulp Fiction soundtrack. I was about 16 at the time and when I heard the song, it was like nothing I’d ever heard before. The style of playing, the monstrous tone and the energy that song had really floored me. I thought it was merely a song from a movie and nothing more.

One evening about a week later, I was at my Grandparents house and heard my Grandfather jamming to the song on his drums. I immediately ran downstairs to find out what exactly was going on. He explained to me that the song was quite old and that his former band had toured as the opening act for Dick Dale and the Del-tones many years back. He sat and gave me the entire history of surf music, Dick Dale and how he once filled in for half a set with them when the drummer was unable to finish a show. Dick Dale was literally the only artist my Grandfather and I ever really agreed on and we jammed Misirlou several times together.

One story, I will never forget was the story of the first time my Grandfather saw Dick perform live. He said he and his band were invited to stand in a VIP area near the stage where the venue had pretty girls serving free drinks. He said he was mid sentence, trying to pick up on a waitress when Dick hit his first notes and his back was to the stage. I recall him saying it was so loud that he could feel it in the roots of his teeth and the floor was vibrating. These days that is a common occurrence but in the early 60s, it was just one man making most of the noise.

That got my love for surf guitar started and it never really left me. I learned a ton of Dick’s songs and couldn’t help but notice how similar surf was to the heavy metal I had been listening to since about 10 or so. The huge guitar sound, massive drums, loads of attack and power across every instrument in the band, even the horns sounded angry. The use of minor and “unhappy” melodies also reminded me of metal. I loved how smooth the music was while being so aggressive.

His tone and gear also got the ball rolling for hi-gain and high powered equipment. He was going through speakers like guitar strings for a good while not to mention blowing amps up like they were disposable until he started using the bulletproof tank known as the Fender Showman. Companies started building speakers that could handle real punishment and amps with real balls to them so that Dick could tour and gig with reliable and very loud gear. So while he likely never used any kind of distortion, his tone is in my opinion, one of the most powerful guitar tones in the history of the instrument. Part of that massive tone was also the fact that he was using 56-14 strings… in E.. those are what we call big boy strings folks.

If you watch videos of Dick playing, needless to say, he’s less than conventional. Upside down strings, stiff arms, his playing looked uncomfortable at times and well, there was a time when he had some very questionable hair in the 80s but.. Dick Dale knew all the right notes and chords for surf guitar and how to put them all together the right way. He knew everything in the book because he wrote the book.

We here at Honest Amp Sim Reviews would all like to offer our sincere condolences and best wishes to Dick’s family, friends and fans in this difficult time. He will be missed but he leaves behind an incredible legacy that will never be forgotten.

RIP and cheers to the undisputed king of surf guitar. No one else came even close.